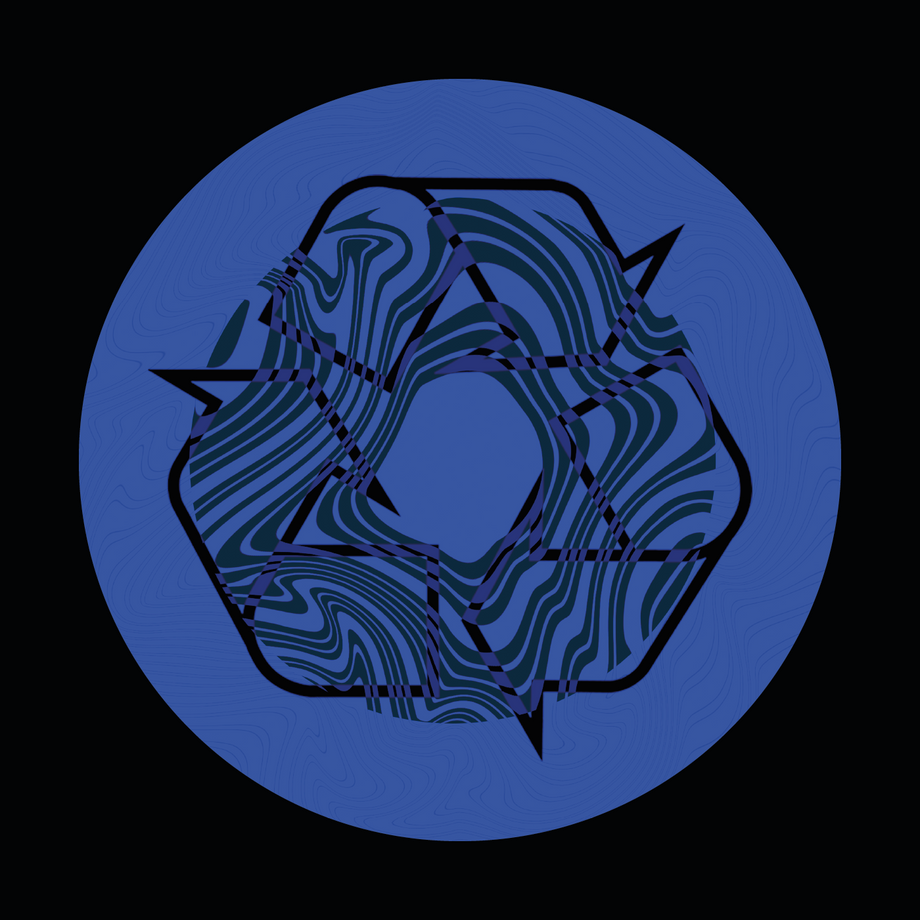 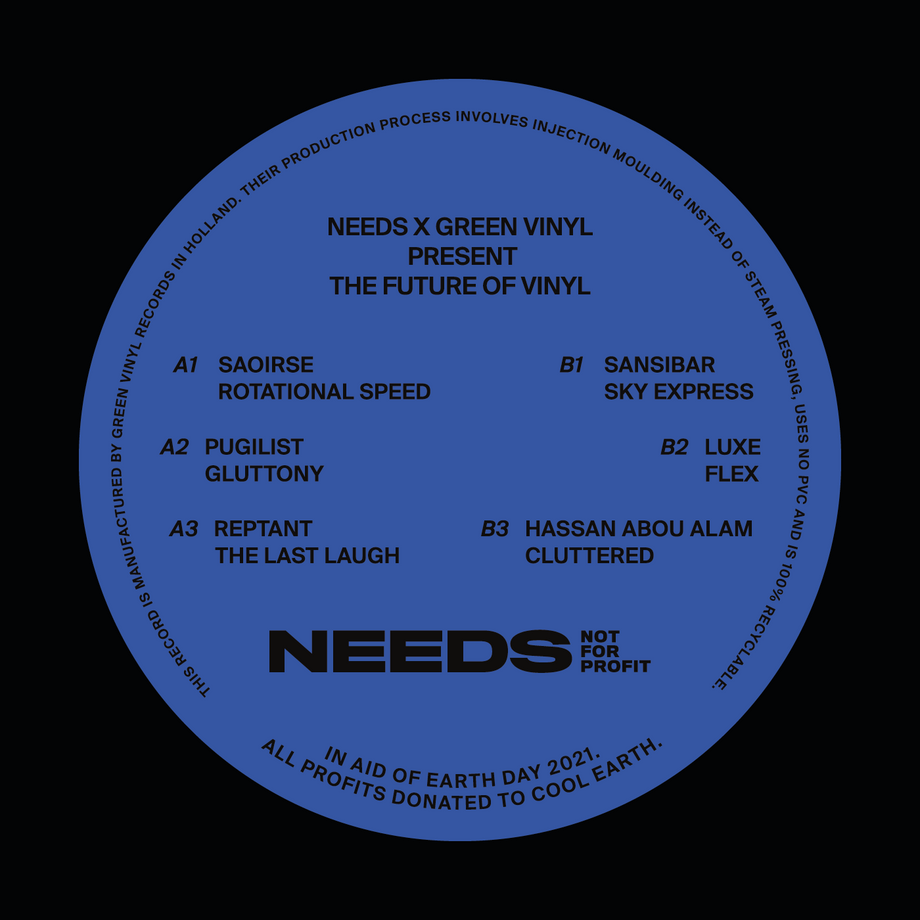 Needs - Not For Profit

Needs - Not For Profit moves into the future of vinyl production partnering with Green Vinyl Records in Holland to produce the world's first 100% recyclable record.

With 4.3m vinyl sales in the UK last year (the 12th consecutive year of growth), it’s clear that vinyl is back in a BIG way. But the basic technological principles of record pressing have not changed for a century and it now poses a more urgent environmental concern than it did in the format’s heyday.

GVR are a brand new pressing plant who have patented a revolutionary production method which uses injection moulding rather than steam energy, using 60% less energy than traditional vinyl production. It also uses no PVC (meaning it cannot warp), has a wider frequency spectrum & longer lifespan, and is a 100% recyclable product, meaning you can dispose of it in your home recycling bin.

Join us as we change the future of vinyl <3 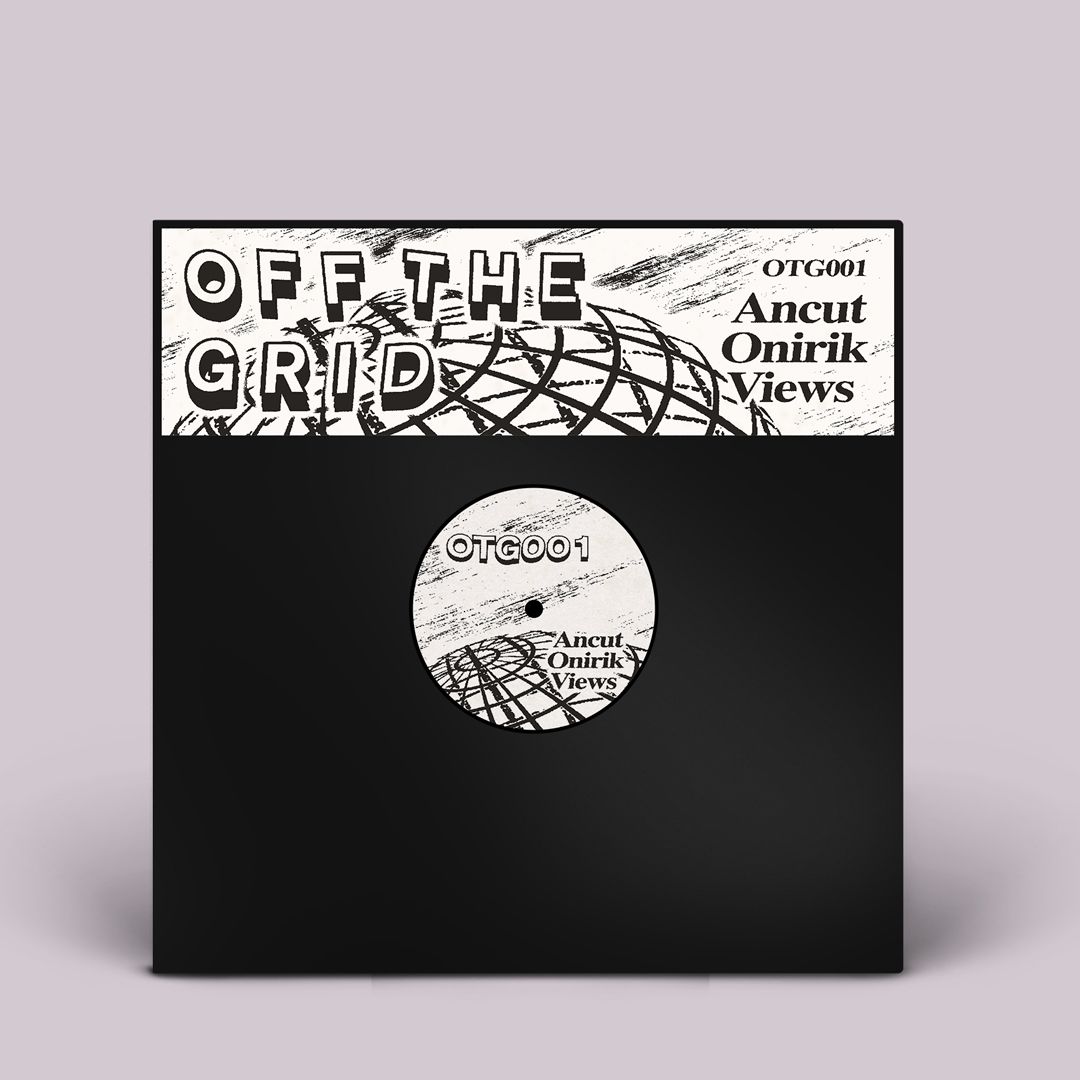 Off The Grid christens its record label with a first release composed by very close people to the heart of its functioning. On the A1 we find a melancholic optimist house cut, made in collaboration by Ancut, head-mastering engineer from Analogcut, and Onirik, OTG’s head honcho. A2 features Onirik’s solo offering, a trippy dreamy off kilter cut, ideal for warm-up or early hours. The B-side belongs to Views, already responsible for a couple of releases on Garage Hermétique, one of the founding labels of Off The Grid, who wraps up two tracks full of atmospherical punchiness, clubby IDM, with his signature acid basslines and storytelling. 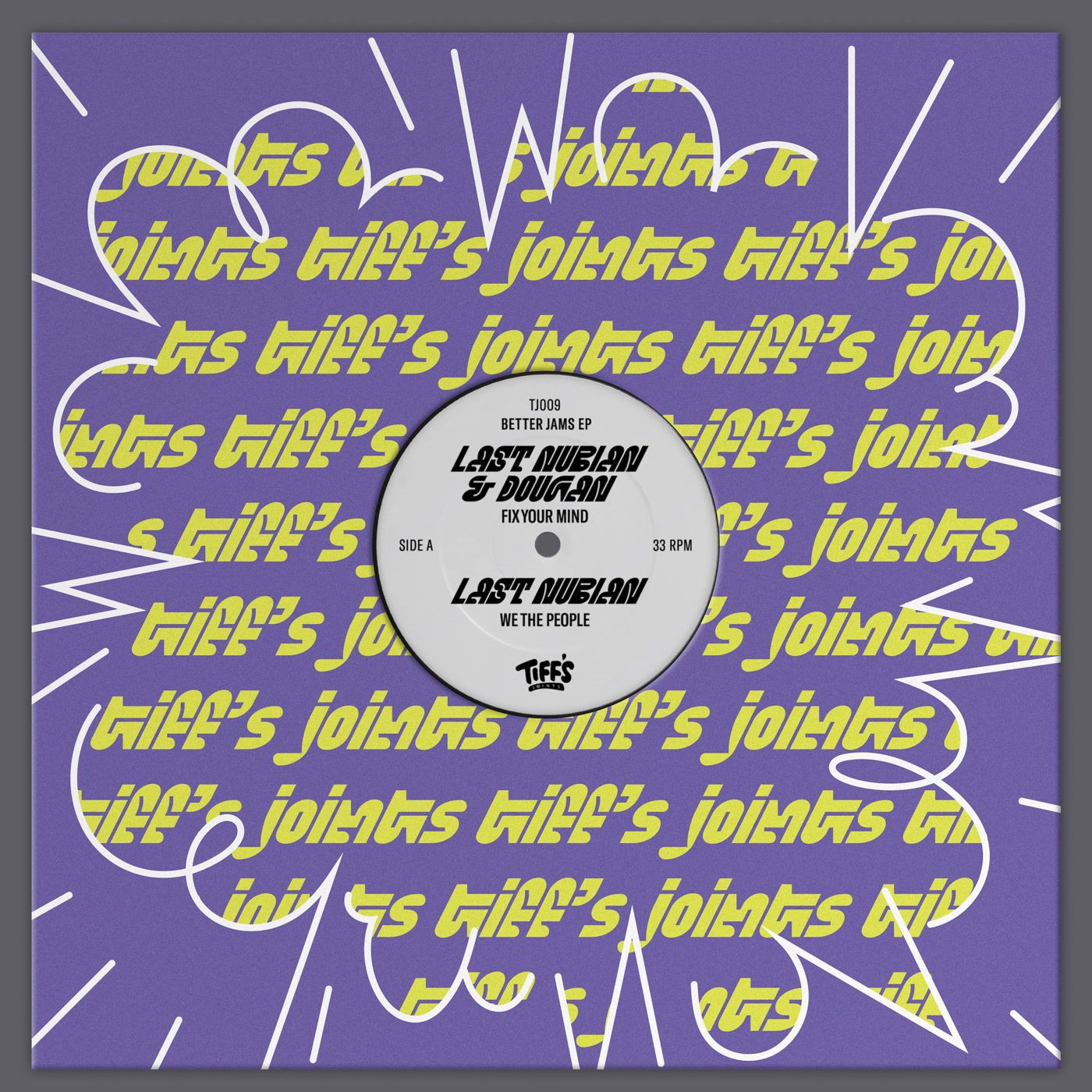 Last Nubian has been making a name for himself over the past year or so with a string of killer releases on labels like Nomada, Flat White and Blaq Numbers, as well as holding down one of the most essential shows on London based online radio station Balamii. His latest EP sees Wright at his strongest yet, with lead single 'Fix Your Mind' getting airtime across BBC Radio 1, Radio 6, NTS & more.'Fix Your Mind', which was made with frequent collaborator Dougan, sees loose yet jagged drums unfold into a flurry of chopped vocals, swirling synths and a calming vocal refrain calling out 'Wake up, it's not too late'. The EP continues with the rolling, UK Funky-tinged 'We The People', driven by a warm, Larry Heard-esque bassline and delightfully spritely keys stabs. On the B-side, 'Sold The World' mellows the mood slightly with low-slung percussion, a meandering lead synth line and a stirring, expertly chopped vocal sample. Now a household name on the on the Parisian club scene, Hugo LX delivers his own 'After Thoughts Mix' of 'Sold The World', bulking up the originals groove with crispy percussion and a rubbery bouncing bassline that rolls through sparkling chords, a infectious synth motif and builds to a graceful ascending synth solo. 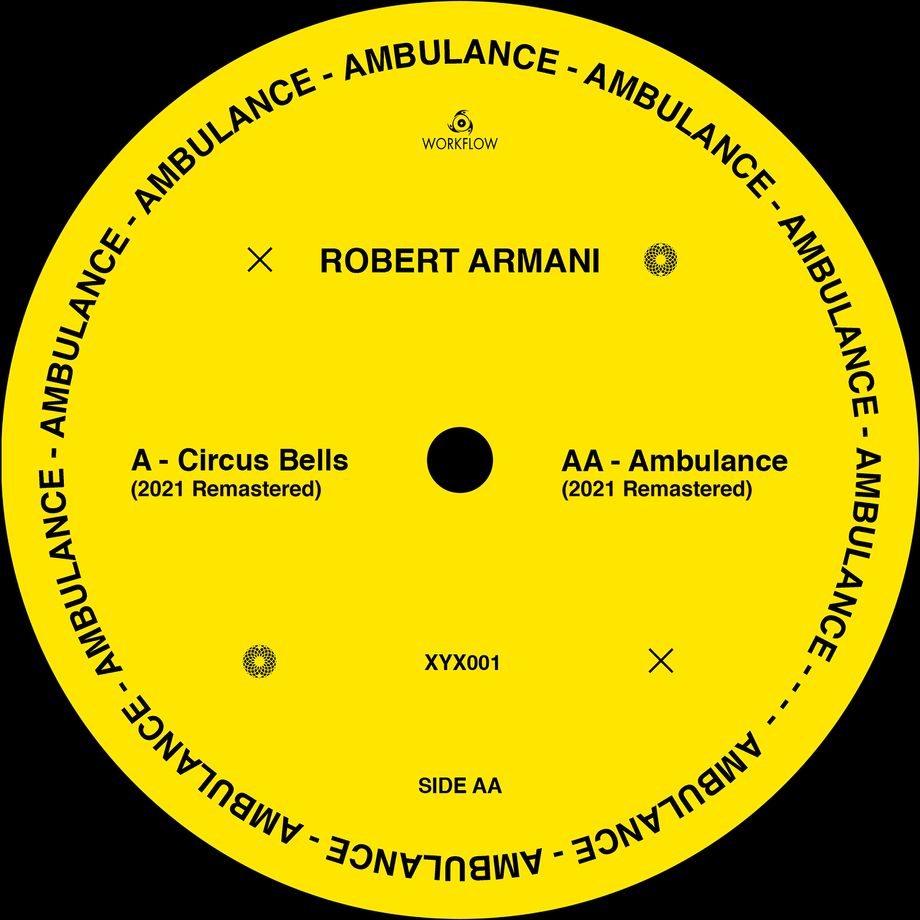 Mr Robert Armani has allowed us to reissue two of his most iconic tracks. Circus Bells and Ambulance are two classics of the Techno and House scene; Cannot be missing in any collection! 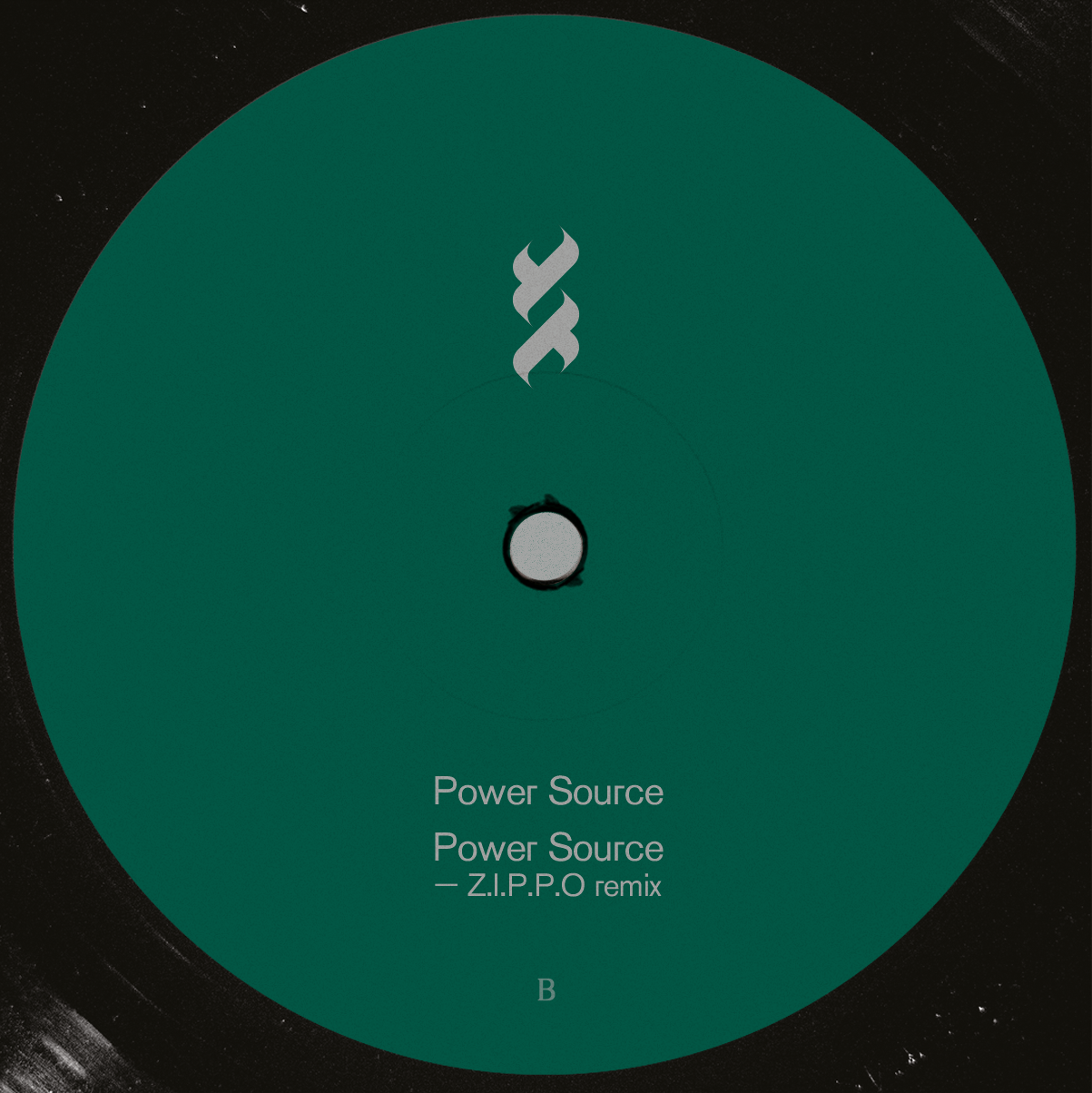 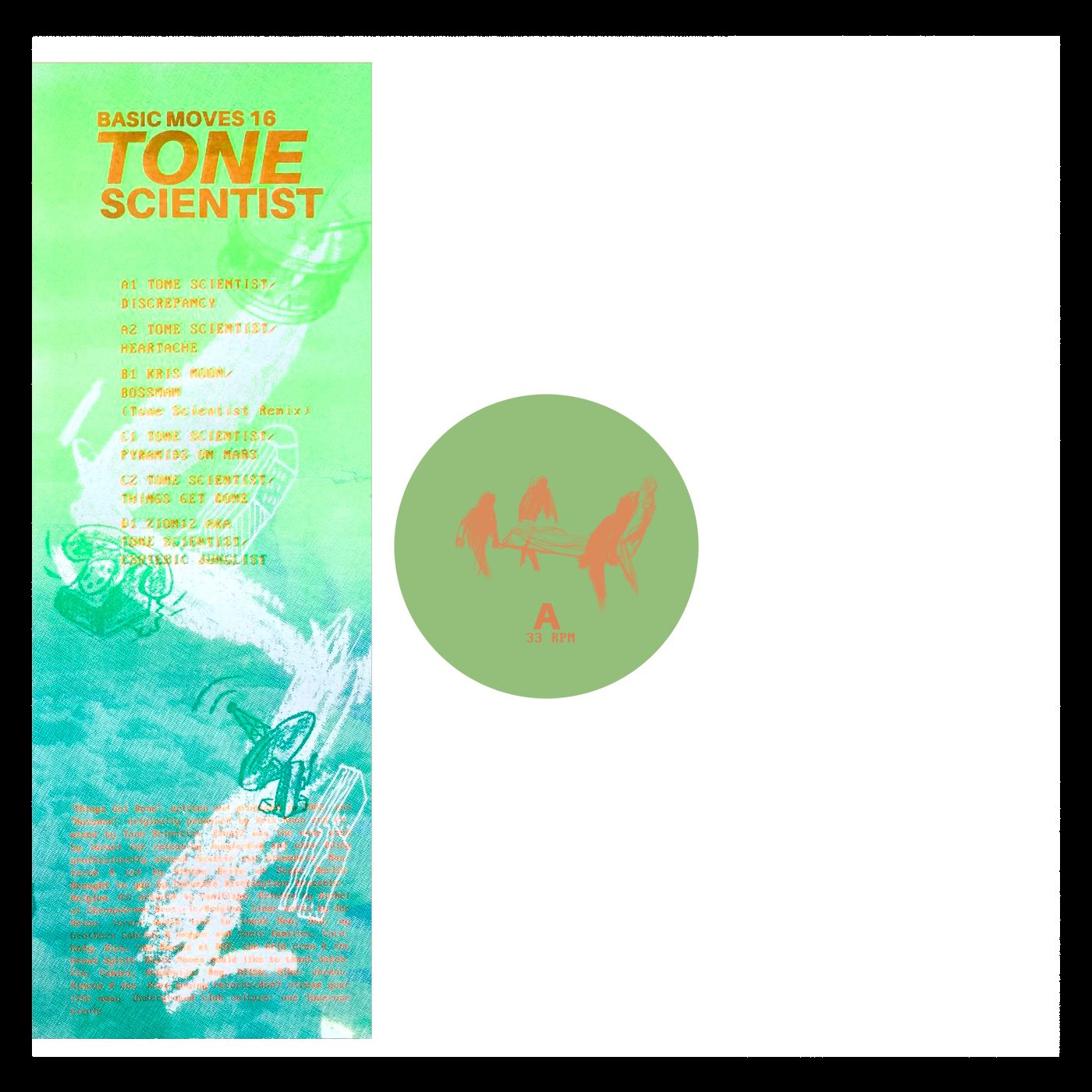 Far over on the west coast of the USA we find a room full of drum machines, samplers and keyboards. Hard at work is Israel ‘Iz’ Gravning aka Tone Scientist, who’s been using this Seattle studio to produce genre-defying future music for more than 25 years.An avid student of jazz fusion, hip hop, house, techno and others, he was galvanised to build his own studio after hearing jungle and drum & bass on a trip to London in 1995. His musical course thus intersected with the collectives then pushing new dancefloor sonics rooted in the rich tradition of Black music – like Nuyorican Soul over on the east coast, and the new broken beats of IG Culture, Dego and Bugz In The Attic in London. Then, in the early 2000s, Iz put out a handful of EPs under different aliases, including ‘Lion Dub’ on the Guidance sublabel Subtitled, but soon stepped back from the public stage. That’s not to say he stopped making or playing music, though. Far from it.Fast forward two decades and our very own Walrus, chilly but happy in the depths of a Toronto winter, happened across ‘Lion Dub’ in the legendary Play The Record store. Intrigued, he tracked Iz down and discovered he had been active all this time. A short email exchange later and this 2xLP of archive material was born.These six tracks explain fully why Iz calls his studio the ‘Time Machine’: vintage equipment and instruments converse with up-to-date software; classic sounds and textures twist into fresh configurations; and Iz’s own creativity and musicality sings to us from a location beyond the trappings of time or genre.All music written, produced and mixed by Israel Gravning aka Tone Scientist in Seattle/Washington between 2005 - 2008 except for “Things Get Done”, written and produced in 2003, and “Bossman”, originally produced by Kris Moon and remixed by Tone Scientist. Zion12 was the name used by Israel for releasing Jungle/DnB and when DJing professionally around Seattle and elsewhere. Mastered & cut by Stefan Betke at Scape Berlin. Brought to you by Crevette Distribution Brussels/Belgium. All artwork by Camiflage. Printed by Bichel at Chromodrome Brussels/Belgium. Liner notes by Joe Delon. Israel would like to thank Mom, Dad, my brothers Gabriel & Jagger and their families, Cord, Andy, Kiva, the Ninjas at DSF, the Grid crew & the Great Spirit. Basic Moves would like to thank Jakob, Pim, Camiel, Boudewijn, Deg, Ailsa, Mike, Jordan, Kimcom & Joe. Keep buying records/don’t stream your life away. Underground club culture: one love/one circle. 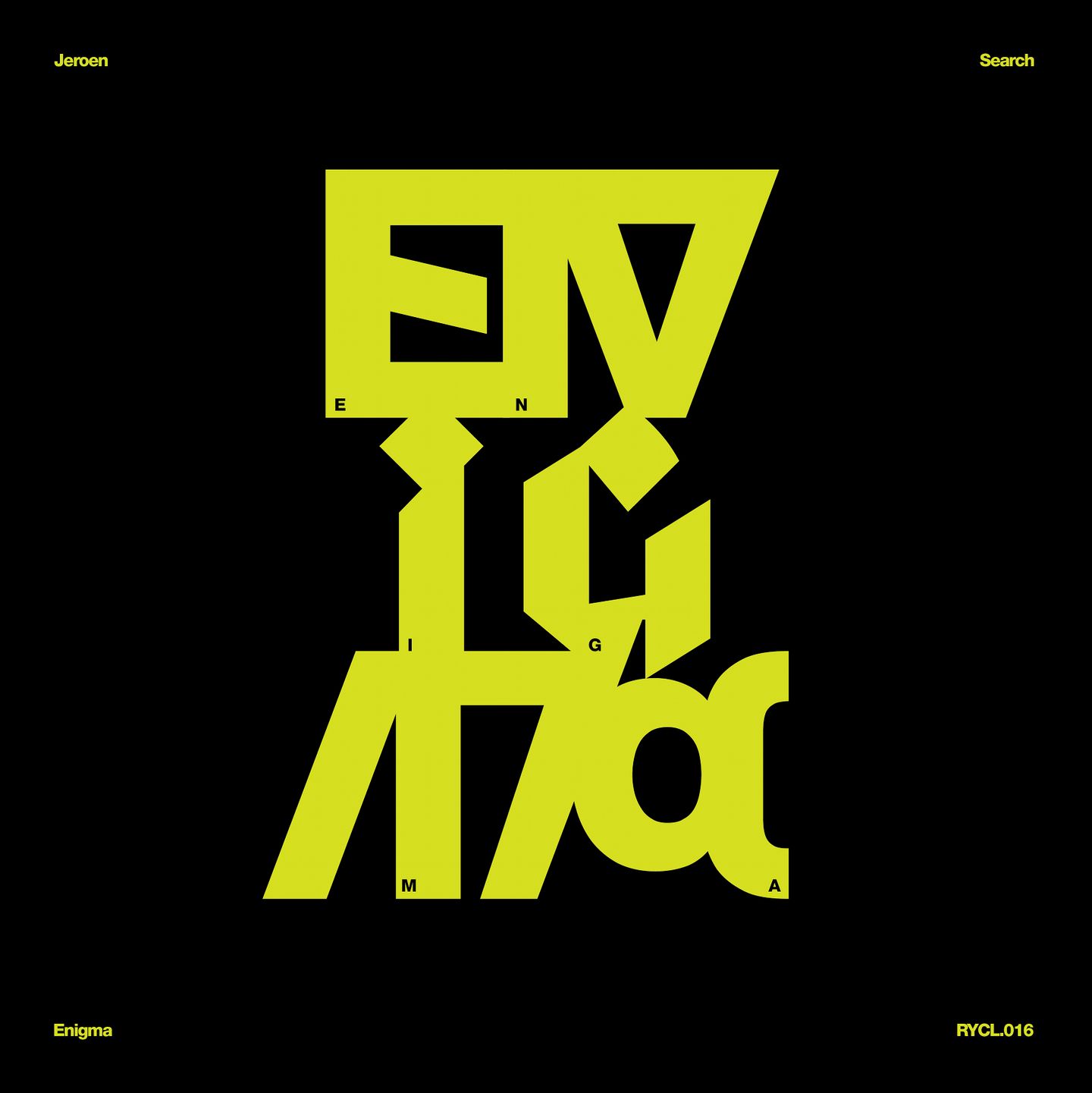 Quality techno from this Dutch Techno Don! A stalwart of the Dutch techno scene since the mid nineties, Jeroen Schrijvershof has been ploughing his own furrow aside from the typical norms and standards of the techno scene with lasting integrity and unflinching dedication throughout the years. A coinage derived from the sharp, clinically designed blends he has come to be known for, that Search-sound has long established as a blueprint for DJs seeking laser-guided weaponry into their sets, and Jeroen's maiden effort for RYC follows that very guideline. Starting with the massive pound of the title-track, "Enigma", the EP knocks into your system with blunt force, ushering us into a no-frills corridor of hydraulic kicks and sizzling static. As per usual with Jeroen's compositions, minimalism serves a purpose of exponential effect. True to the fuel-efficient philosophy of the producer, "Modules" harnesses a controlled avalanche of modular signals and no-prisoner, big-room techno dynamics to forge a piece of exquisitely raw rave material that can move blocks of concrete with its nose. Letting the groove a little bit looser, "Object of Ridicule" spins at fierce tempo whilst relying on the same limited palette of chiselled drums and ominous strings to plunge the dance floor into a darker, neo-noir paradox of rhythmic straightforwardness and mystery-shrouded ambiguity. Topping the release off is "Circle Park", a cut that further exposes Jeroen's constant juggling between atmospheric opacity and a surgical, technicist approach towards production. A matter of thoroughly finessed textures and obsession for the faintest detail that shines through "Enigma" with unrelenting ebullience. More than anything the fruit of an endless search for fresh, unheard forms of transcending techno expression. In reflection to the release's outstanding character, we decided to have it pressed to 180g audiophile vinyl so y'all purists can revel in Enigma's heavily detailed sound spectrum.